A brief history of hip-hop dance 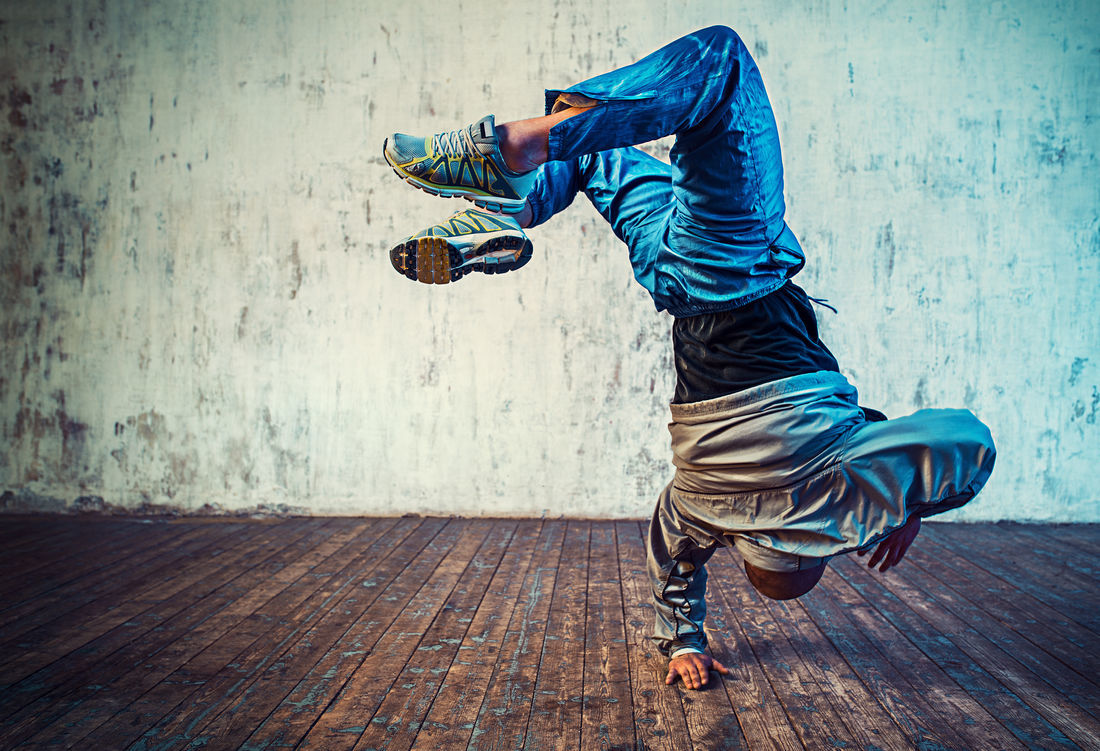 Hip-hop dance seems enduringly cool and very now, but some say it dates back to the 1920s when the earliest hip-hop dance was created by Earl Tucker (otherwise known as Snake Hips) at the infamous Cotton Club in Harlem. Incorporating floats and slides, Tucker’s moves would later inspire the birth of breakdancing, boogaloo and popping.

However, hip-hop dance’s official story begins over fifty years ago, at a convergence of 1960s events and people in New York City.  Funk legend James Brown’s dynamic, high-energy dance performances (particularly his steps to "Get on the Good Foot) were a key influence, and in 1962 his drummer – Clayton Fillyau – introduced the breakbeat sound to an enthralled audience at The Apollo.

In 1965, Muhammad Ali’s penchant for psyching out his opponents with rhymes anticipated rap lyrics.

On New York City streets, funk moves like uprock, breaking and boogaloo were being improvised in by Black and Latino Americans dance groups. Then, in 1967, Jamaican-born Clive Campbell emigrated to the South Bronx and hip-hop music was born.

Renaming himself DJ Kool Herc, Campbell began experimenting with Fillyau’s break beat – mixing and dubbing poetry over instrumental and borrowed tracks in the early 1970s. But it wasn’t until August 11, 1973, that he played his first block party at 1520 Sedgwick Avenue, West Bronx – in honour of his sister Cindy's birthday – using two copies of the same record on two turntables to stretch the break parts and mix them.

Herc was replicating a Jamaican style of deejaying called ‘toasting' or talking over records – a method similar to rapping. But he made a signature innovation: "I was noticing people used to wait for particular parts of the record to dance, maybe [to] do their specialty move,” he explains. He saw this usually occurred during drum breaks, so he chose to use his two turntables to extend the break and give the crowd more of the groove they wanted to hear.

Grandmaster Caz, Grandmaster Flash and Afrika Bambaataa saw hip-hop’s founding father’s performances and began emulating him at block parties all over the Bronx. And the rest, as they say, is grassroots history.

A new musical form requires a unique dance style, and soon hip-hop dance crews were battling each other across New York. The fledgeling style began with just three dance moves – popping, locking and breaking – popularised by Brooklyn-based crews such as Rock Steady, the New York City Breakers, The Lockers and The Electric Boogaloos.

The Electric Boogaloo’s Sam Solomon was the first to introduce popping, which requires dances to contract and relax muscles to make their body jerk. Locking was created in 1973 by The Lockers founder, Don Campbell when he stopped mid-dance while trying to remember how to do the Funky Chicken. It's characterised by freezing in between dance moves. Early breaking used fancy footwork done in pairs that mimicked gang fights over turf issues. Called uprock, it was also influenced by salsa, Afro Cuban and African dance.

These early crew battles soon gave form to other techniques, and by the 1990s new moves became mainstream, including the Running Man, the Worm and the Cabbage Patch. In the twenty-first century, hip-hop social dancing added the Cha Cha Slide and the Dougie.

Hip hop dance and music style has carried over into the 2000s, becoming one of the most popular genres in the world. Artists like Drake, Jay-Z and Kanye are household names. They bring with them a new wave of fans and a modern twist on the 'old school' style (which may or may not be a good thing, depending on who you ask). Regardless, hip hop is here to stay as one of the fastest growing and most popular genres.

Now taught in dance classes worldwide, from beginners dance to advanced competitive dancing, hip-hop may be mainstream, but it hasn't lost any of its innovative freshness.